M&T Bank Corp.’s planned hiring wave of 1,000 new workers over the next five years should cause a ripple effect downtown beyond the bank’s walls, in different ways.

• More people will be working downtown, as M&T centralizes where its technology employees are based.

• It will give a further boost for downtown real estate, wherever M&T decides to open its new technology hub.

• And it will give a shot in the arm to the region’s undersized tech sector.

M&T chairman and CEO Rene Jones last week disclosed plans to add more than 1,000 jobs downtown, to help the bank develop and deploy technology more quickly. The bank intends to fill the first 250 of those jobs by the end of this year.

The influx of workers should generate more business for downtown restaurants, bars and entertainment venues, Schmand said, and downtown apartments will benefit if some of the hires decide to live close to where they work.

M&T already has a significant impact downtown through its investments and sponsorships, including the Thursday at the Square concert series that originated at Lafayette Square and later moved to Canalside, Schmand said. The planned new jobs fit well with redevelopment projects that developers have undertaken downtown, he said.

“I think it all bodes very well,” Schmand said.

Even before M&T unveiled plans to hire 1,000 more workers in Buffalo, the bank had outlined a strategy to bring together its technology workers in the region in a single location. The bank has about 2,500 tech workers, spread among six locations in the region. M&T says bringing them together will promote collaboration.

A big question remains unanswered: Where will all these new M&T employees work?

M&T already has a significant footprint downtown, most notably at One M&T Plaza and M&T Center. M&T also has workers at 285 Delaware Ave., and just outside the downtown core in the Larkin Center of Commerce.

Last December, M&T issued a request for proposals to landlords and developers, for office space to house its technology operations. M&T said it received more responses than it anticipated, but hasn’t yet announced a location. Jones at the annual meeting said he wasn’t sure how soon a decision would come.

Wherever the technology hub goes is bound to provide a boost. If none of the existing office space suits its needs, new space could be the solution.

One possibility that has attracted attention: the One Seneca Tower complex. The vacant tower is just down the street from M&T’s headquarters, on the Metro Rail, with ample parking spaces. Doug Jemal’s Douglas Development Corp. has proposed adding commercial space at the tower plaza that could suit M&T’s needs. 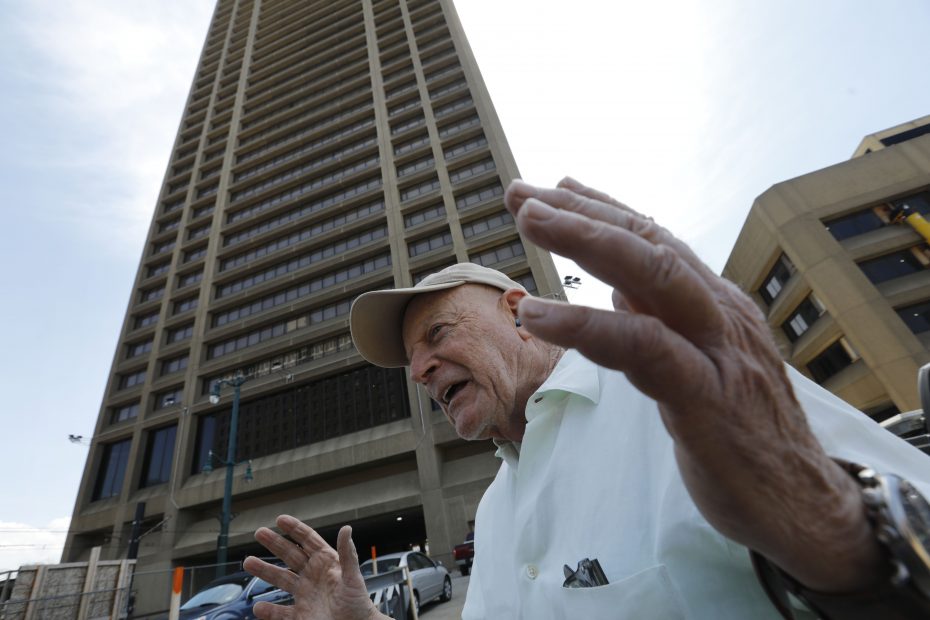 The region’s tech sector, which has lagged other parts of the country, also should get a boost from M&T’s downtown commitment.

“We want M&T to be a compelling destination for talented, innovative, tech-savvy people,” said Michael Wisler, who joined M&T last year as its chief information officer.

That would be a big change for the Buffalo Niagara region, which has struggled to attract the technology jobs that are widely viewed as a hot growth sector – and a source of high-paying jobs – for many years to come.

Part of the bank’s strategy centers on the workplace itself. M&T has renovated its workspaces into “more engaging, open and collaborative environments,” Wisler said. Along with technology tools, M&T is giving workers more options about where and how they choose to work.

The bank is also doing more to support local colleges and universities, as well as the startup community, “which help make our communities destinations for people seeking opportunity,” Wisler said.

Adding 1,000 M&T jobs could prove to be the kind of jump-start the region’s tech sector has been lacking.

Jones talked about creating an M&T tech hub that would attract other companies, along with different tech and entrepreneurial organizations, to co-locate in and around the hub. The objective, he said, is to “advance a culture and a community of innovation, where creative collisions happen, where new talent and new ideas come together to grow our businesses and grow our community.” 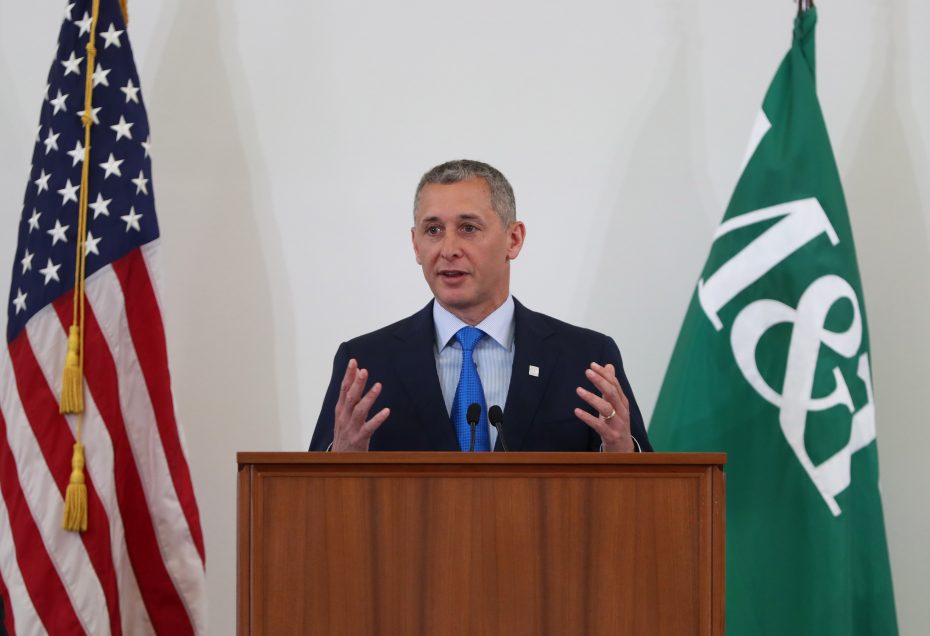 “When an industry leader like M&T comes out publicly at their annual meeting and says, ‘We’re placing our bet on Buffalo in the tech sector,’ that’s a really strong signal to others in the industry, that they believe they can find strong success here and others could, as well,” Rosenhoch said.

The region’s lower cost of living and collection of colleges and universities are other selling points to companies, as is the chance for a company to be a “big fish in a smaller pond,” he said.

“The extreme levels of competition for talent in some of these larger markets are exhausting employers,” Rosenhoch said. “The loyalty factor here, the lower turnover rates, can be really attractive, as well.”

In their analysis of economic data from 2018, Canisius College professors George Palumbo and Mark Zaporowski found that jobs in the information and financial activities sector, which include some tech jobs, paid a lot less in the Buffalo metro area than the U.S. metro average.

The figures underscore the competitive advantage companies can find by performing that work here, compared to some other parts of the country. But the same statistics show that the averages for information and financial activities jobs were well above the region’s average of $49,465 for all industries, meaning those jobs pay well by this region’s income standards.

That cost advantage isn’t translating into more hiring for tech workers. A recent analysis of federal job data by software management firm AgileCraft found that companies in Seattle hire software developers at a pace that is 10 times faster than it is in Buffalo. For computer network architects, the hiring rate is 10 times faster in Miami, Atlanta, Tampa, Orlando and Minneapolis.

But Rosenhoch said the tech sector here has its success stories, including the rapidly expanding ACV Auctions. There is also AML RightSource, which just expanded into Larkinville, and Torch Labs, which is based in California and has a Buffalo office, and recently raised $10 million.

“I see huge opportunity for growth,” Rosenhoch said of tech jobs. “The region is really well positioned to be attractive to this type of worker and for businesses to contain costs, while achieving their goals from a technology innovation perspective.”