With help from John Hendel

Editor’s Note: Morning Tech is a free version of POLITICO Pro Technology’s morning newsletter, which is delivered to our subscribers each morning at 6 a.m. The POLITICO Pro platform combines the news you need with tools you can use to take action on the day’s biggest stories. Act on the news with POLITICO Pro.

— 2020 Census Day: The U.S. Census Bureau expects a majority of Americans to complete the decennial survey online, the first time responding by internet has been an option — and a saving grace in the age of Covid-19.

— Facial recognition bill becomes law: Washington state, not Washington, D.C., becomes the latest example of states pushing ahead where federal efforts have stalled (and remain at a standstill because of the health crisis).

$100M grant program for small businesses impacted by COVID-19: Know a small business in need of extra support right now? We are offering $100 million to provide businesses with resources they need during COVID-19. Get started: Learn more.

MARCH WAS 1,000,000 DAYS LONG, BUT WE’VE MADE IT TO APRIL. IT’S WEDNESDAY; WELCOME TO MORNING TECH. I’m your host, Alexandra Levine.

Got a news tip? Write Alex at [email protected] or @Ali_Lev. An event for our calendar? Send details to [email protected]. Anything else? Full team info below. And don’t forget: add @MorningTech and @PoliticoPro on Twitter.

IT’S CENSUS DAY… IN THE AGE OF CORONAVIRUS — Today marks the Census Bureau’s biggest push yet to get Americans to participate in the once-in-a-decade count. The outcome will not only determine communities’ representation in Congress but will also have far-reaching implications for funding for schools, hospitals, emergency services and other institutions that have been central to the war on Covid-19. And thank God for the internet.

— Luckily, this is the first time Americans can respond by mail, phone or online — and a bureau official told MT the agency expects a surge in participation thanks to the latter. The national response rate was just north of 36 percent as of Tuesday night; the bureau expects that to grow to 60.5 percent, Stephen Buckner, the bureau’s associate director of communications, told MT.

— “Covid presents a lot of challenges,” he said, “but now, more people are home and looking for things to do and looking to make an impact on their community from the safety of their home.” The bureau anticipates the majority of households (a projected 58 percent, Buckner said) will respond online.

— Where the internet fails: Parts of the country with low internet access were mailed paper questionnaires in March, Buckner said, and “at some point we’re going to have to send people door-to-door.” Roughly 500,000 census takers would be responsible for visiting the homes of people who don’t complete their forms, but that effort will be delayed until deemed safe by local health officials.

— The misinfo-disinfo threat: The census remains a target for online disinformation and interference, including tactics aimed at depressing minority turnout, and reports of new misinformation threats have emerged with the coronavirus. Tech giants’ approach to safeguarding this year’s survey has come to be viewed as a test case for how successfully they’ll protect the 2020 election.

Buckner praised Facebook, Google, Twitter, Nextdoor and Pinterest for stepping up to help promote the 2020 census and give the bureau direct channels to flag and de-rank suspicious content on the tech platforms. “We’ve been very successful at pulling the levers on that as rumors circulate around the census,” he told MT — including a recent hoax, tied to coronavirus relief, “that you have to participate in the census to be eligible for the stimulus package.” That has since been debunked on the bureau’s “Fighting 2020 Census Rumors” page.

— Parting words: “If you’re not counted, that’s not a single year mistake; that’s a 10-year mistake.”

INSLEE SIGNS FACIAL RECOGNITION LAW — Federal facial recognition legislation is at a total standstill in Washington, D.C., because of coronavirus. But in Washington state? Quite a different story.

— Gov. Jay Inslee on Tuesday signed into law a bill introduced in January that prohibits facial recognition technology from being used for continued surveillance and limits how law enforcement can use it. Senate Bill 6280 will “establish safeguards that will allow state and local government agencies to use facial recognition services in a manner that benefits society while prohibiting uses that threaten our democratic freedoms and put our civil liberties at risk.” Under the new law, agencies will (among other things) be required to publish an “accountability report” outlining the reasons for using the technology and describing how long it would be used.

— This is the latest example of states pushing ahead where federal efforts have stalled. (Here’s the timeline.) “This bill begins the process of catching our laws up to where our technology is at,” said Democratic Sen. Joe Nguyen, who sponsored the legislation. “I’m proud that Washington is the leader on this issue.”

— Applause from: Microsoft, whose lobbying presence in Olympia has not gone unnoticed. President Brad Smith praised the action in a blog post Tuesday evening. “Until today, no government has enacted specific legal controls that permit facial recognition to be used while regulating the risks inherent in the technology,” the executive said. “This balanced approach ensures that facial recognition can be used as a tool to protect the public, but only in ways that respect fundamental rights and serve the public interest. While regulation in this field will clearly evolve, Washington’s new law provides an early and important model.” 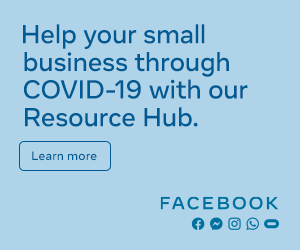 CALIFORNIA DEMS TAKE A STIMULUS STAND FOR STARTUPS — House Speaker Nancy Pelosi and Rep. Ro Khanna, who represents Silicon Valley, are calling on the Trump administration to grant startups some of the same relief afforded to small businesses under the CARES Act. (The Paycheck Protection Program created under the CARES Act offers assistance to qualifying small businesses, but that eligibility hinges on the Small Business Administration’s “affiliation rules,” which determine how exactly the administration counts investors towards a company’s total number of employees.)

— “Many small businesses in our districts that employ fewer than 500 employees, particularly startup companies with equity investors, have expressed concerns that an overly strict application of the Small Business Administration’s (SBA) affiliation rule may exclude them from eligibility for PPP loans,” the Bay Area and Silicon Valley lawmakers wrote Tuesday in a letter to Treasury Secretary Steve Mnuchin and SBA Administrator Jovita Carranza. “For these small businesses, as for many others across America, access to forgivable PPP loans will be critical to preserving jobs during the coronavirus pandemic and to securing America’s leadership in science, technology and innovation.”

— First in MT… Startups weigh in: General counsels of some 150 tech startups with equity investors and under 500 employees sent a letter to Congress seeking swift clarification on their eligibility for the Paycheck Protection Program. “Should the SBA find that such startups are ‘affiliated’ with one or more minority investors and those investors’ portfolio companies, that company would likely be found ineligible for the Paycheck Protection Program on a technicality,” the group wrote to leadership of the Senate Committee on Small Business & Entrepreneurship. “This technicality has real consequences. Assistance from the Paycheck Protection Program will be essential for many businesses to survive the economic impact of the COVID-19 pandemic. If they do not, the impact will not only be felt by startups, their employees and their families, but the entire American economy.” Signees include CEOs, chief legal officers and general counsels of GoFundMe, ZocDoc, Foursquare, Goop, Lime, Hims & Hers, UrbanStems and Bizzabo.

LOOKING UNDER THE CABLE INTERNET HOOD — NCTA, which represents cable providers including Comcast and Charter Communications, unveiled what it’s dubbed the COVID-19 Internet Dashboard, which is “populated with aggregated data from cable internet service providers that deliver broadband to tens of millions of homes and businesses across the country and offers a dependable depiction of how cable broadband networks are faring,” trade group chief Michael Powell said. One national stat: Cable internet networks have seen a 20.1 percent overall growth in downstream traffic since March 1.

— ISPs are under pressure to keep the country connected during the pandemic. Trump called top ISPs on Tuesday afternoon to thank them for their work so far, as John reported for Pros. They’re “doing a tremendous job,” Trump said afterward during a coronavirus task force briefing. “The business is more than anybody’s seen before because everybody’s inside. They’re all making calls.”

— “Our network is providing a necessary lifeline today — and everyday — and continues to operate the way our customers have come to expect,” Verizon CEO Hans Vestberg said following the call. During that session, AT&T chief executive Randall Stephenson offered assurances that his company’s network “is up to the task to keep our customers connected during this critical time, particularly for first responders on our FirstNet network.”

Resources for small businesses during the COVID-19 outbreak:

We know it’s a challenging time for small businesses. To help, Facebook set up a resource hub with information, from how to set up a customer service plan to experimenting with online events.

Covid collateral: Amazon — “[facing] overwhelming demand, mass absences and a restive workforce” — is struggling to keep up with the strain (literally and figuratively) of coronavirus, WSJ reports.

Plus: Mayor Bill De Blasio ordered an investigation into Amazon for firing a warehouse worker who helped organize this week’s walkout at a facility on Staten Island, POLITICO reports.

Food for thought: “Tech giants should give away their money instead of their products,” Vox Recode reports.

ICYMI: Zoom, which has surged in popularity as Americans remain in quarantine, was sued by a user who alleges the teleconferencing platform is illegally disclosing personal information, Bloomberg Law reports.

Tech for good: Uber CEO Dara Khosrowshahi said Tuesday the company would provide 10 million free rides and food deliveries to health care workers, seniors and others in need during the pandemic.

By the numbers: About 93 percent of American adults “say that a major interruption to their internet or cellphone service during the outbreak would be a problem in their daily life,” according to Pew Research Center. But about 64 percent of Americans say the technology we’re relying on to self-quarantine and social distance is “not a replacement for face-to-face encounters.”

Telecom head-turner: T-Mobile and Sprint “may be preparing to close their merger without approval from the California Public Utilities Commission,” Bloomberg Law reports.

TTYL and go wash your hands.