You are here: Home / Iphone / How to enable eSIM and Dual SIM on iPhone XS or iPhone XR

We reported that Dual SIM support for iPhone XS, iPhone XS Max, and iPhone XR would be coming in a software update later this year. With today’s release of iOS 12.1, Apple is now officially supporting Dual SIM and eSIM on the latest round of iPhones.

The setup process for setting up eSIM is similar that of cellular-enabled iPads, which also sports an eSIM. On iPhone, however, you’re able to use multiple SIMs with a combination of eSIM and a physical nano-SIM. For users in China, Apple offers a special version of iPhone XS Max that supports two physical SIMs but does not support eSIM.

Fortunately, the process is pretty straight forward and applies to both eSIM and activating a second physical SIM.

If you’re setting up a second SIM, you’ll be asked how you’d like the feature to work. Some examples include using your secondary SIM as data only, or having separate work and home lines on the same phone. 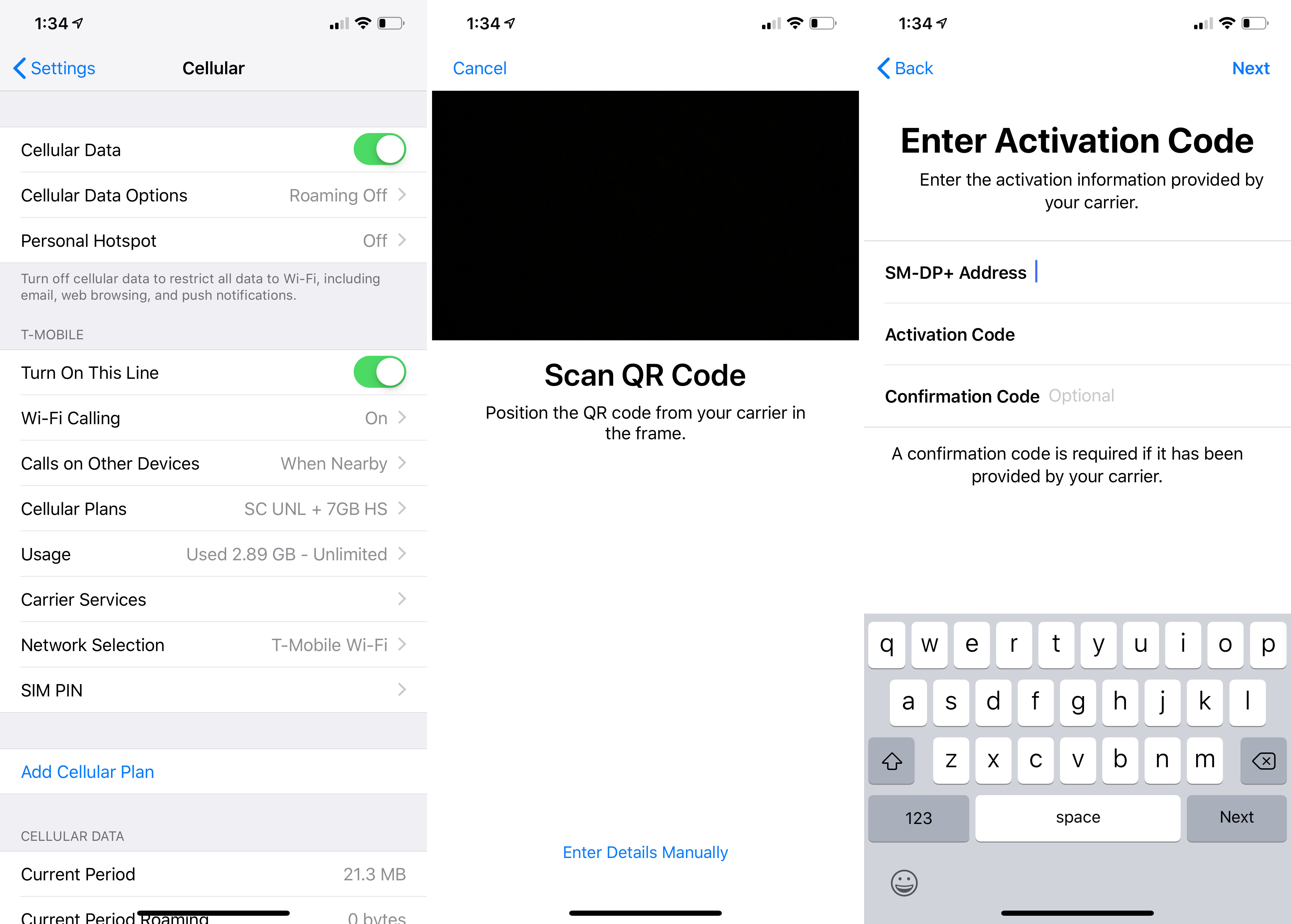 Depending on carrier, you may need to enter a confirmation code to enable eSIM. If the QR code isn’t working you can optimally manually enter the eSIM information provided by your carrier.

Some carriers will require you to download their app. For that, simply go to the App Store and download the aforementioned app. This method is typically used with pre-paid carriers as you’ll be purchasing the plan directly from within the app.

Unlike physical SIMs, you’ll be able to store multiple eSIMs on your iPhone, however, you’ll be limited to using one at a time. Apple says:

You can store more than one eSIM in your iPhone, but you can use only one at a time. You can switch eSIMs by tapping Settings > Cellular > Cellular Plans and tapping the plan you want to use. Then tap Turn On This Line.

Unfortunately, eSIM adoption seems to be a mixed bag at the moment. While the three major U.S carriers: Verizon, T-Mobile, and AT&T announced support for the feature, all three have seemingly pulled out, noting that support for eSIM is coming later this year. This means no major carrier in the U.S. is currently supporting this feature. Outside of the U.S., support is limited but you can check here to see if your carrier support the feature.

Learn more about eSIM and Dual SIM here. For more help getting the most out of your Apple devices, check out our how to guide.