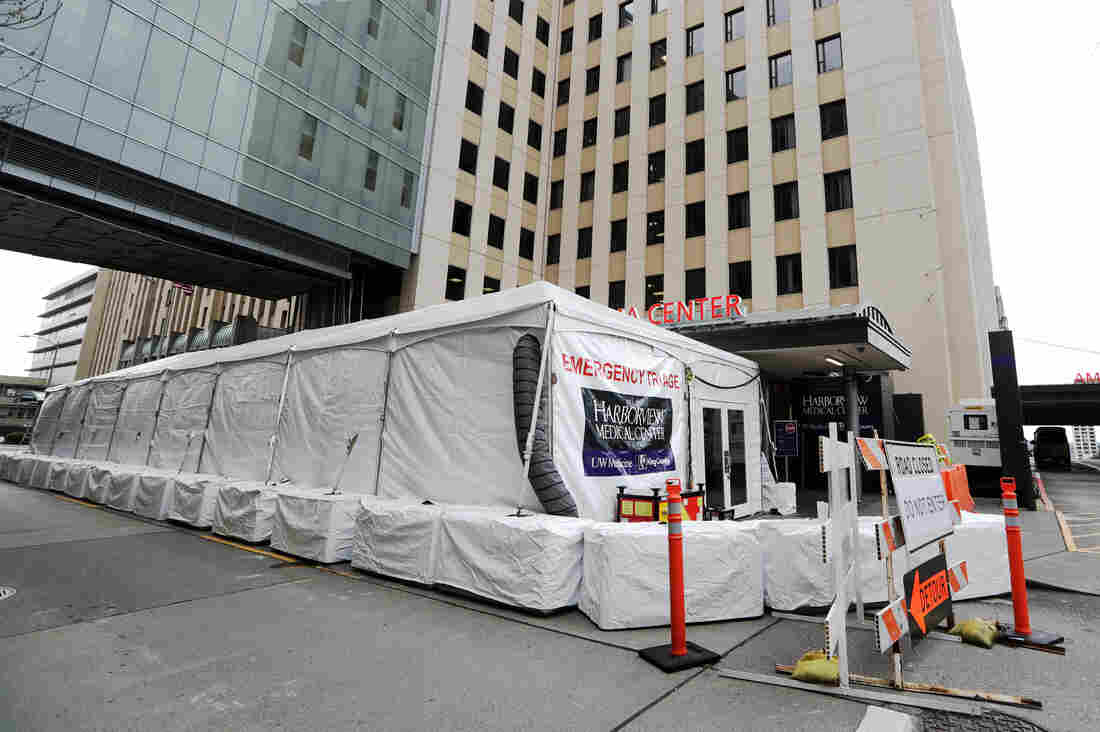 A tent stands outside the emergency entrance of Harborview Medical Center in Seattle, on Saturday. 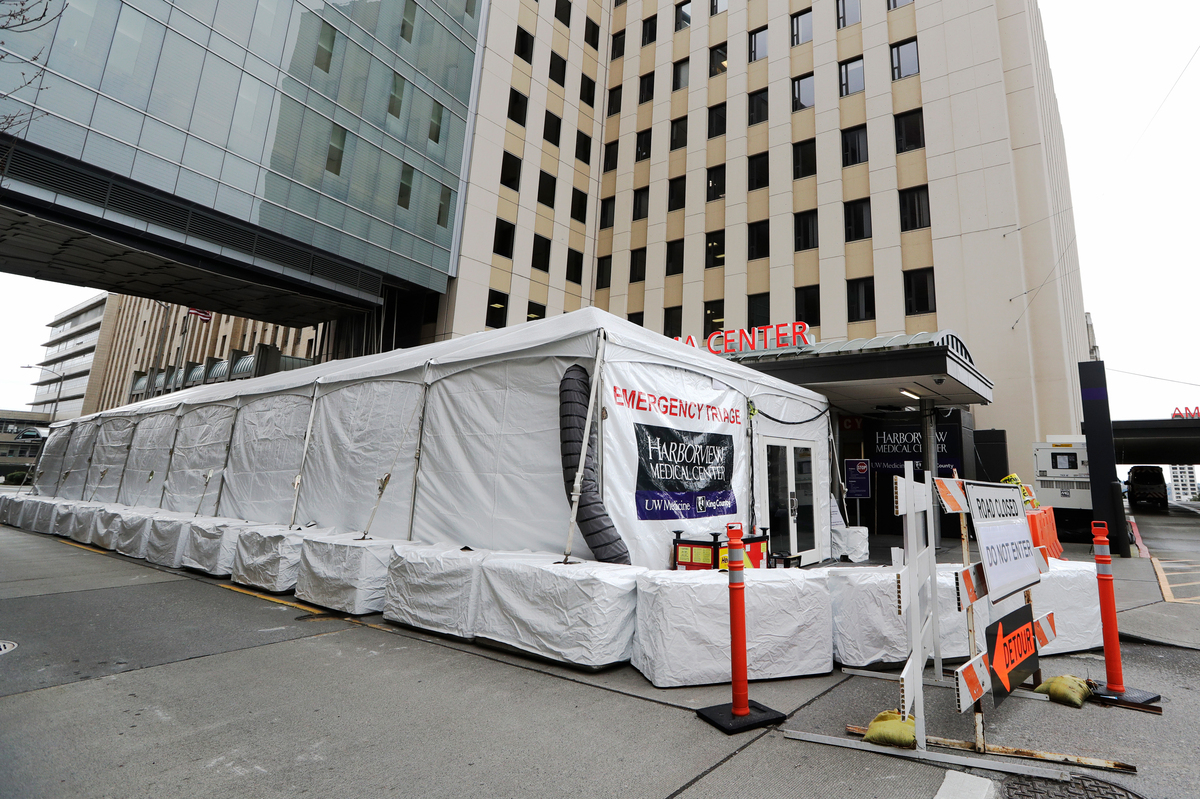 A tent stands outside the emergency entrance of Harborview Medical Center in Seattle, on Saturday.

With tests scarce, epidemiologists are looking at hospitalizations as an indicator of how the novel coronavirus is spreading. But in some of the areas of the country worst-hit by COVID-19, states and counties aren’t releasing that data.

The result is an incomplete picture of where the pandemic is surging, even in hotspots such as Washington and California.

“So as long as people aren’t being turned away, we must focus on hospitalizations and ICU cases,” says Steven Goodman, an epidemiologist and Stanford University’s associate dean of Clinical and Translational Research. “The more reliable numbers, aside from the number of deaths, are how many people get sick enough to be in the hospital and in the ICU. That’s what we need to know.”

Many public health departments, such as New York City’s, are publishing daily updates on the number, age and location of hospitalized patients. Louisiana is reporting the number of patients on ventilators.

The San Francisco Bay Area, in particular, is releasing incomplete data despite being an early epicenter of the U.S. outbreak, according to an investigation by NPR and member station KQED.

“We don’t have the capacity to extract information and provide to the media or the public,” Preston Merchant, public information officer with San Mateo County, an area in the heart of Silicon Valley that has reported more than 300 cases of COVID-19.

Several other Bay Area counties say that as they brace for a surge in cases, they are still aggregating the data or simply that they are monitoring the numbers internally, but not sharing them publicly. Officials are hopeful the increase in patient numbers will arrive slowly due to shelter-at-home orders put in place two weeks ago.

During a Tuesday news conference, California Gov. Gavin Newsom reported that statewide, hospitals were currently treating 1,617 people for COVID-19, a figure double that from just four days ago.

Weeks after it has become routine to release such data publicly in many places, state health officials in California did not clarify where the cases are located. An email from California’s Department of Public said the agency is “continuing to aggregate hospitalization data by county and we are working hard to provide it to you as soon as possible.”

In Washington, the State Department of Health website says hospitalization information is currently “under development and will be available soon.” King County, the state’s outbreak epicenter with 150 coronavirus deaths, is not releasing information yet either.

“We’re working to collect it, but it requires our team to review hospital records and we just don’t have this compiled yet,” King County spokesperson Kate Cole said by email.

Due to a lack of coronavirus tests, many states have restricted them to patients with pre-existing conditions or to those known to have been in contact with someone who has tested positive for coronavirus. Testing has also taken four to six days in some places. California is still waiting on results for a backlog of over 50,000 coronavirus tests — more than 65% of all tests given.

As a result, reported coronavirus cases are an unreliable indicator of the pandemic’s spread in the U.S., or as epidemiologist Steven Goodman says, “a number to be almost completely ignored.”

That leaves only a few reliable benchmarks: hospitalizations, ICU admissions and deaths. With a clear hospitalization rate, epidemiologists can predict how many people may eventually die from coronavirus and estimate how many beds a hospital system will need as the virus spreads.

Hospitals and medical groups are scrutinizing that information in real-time, but many refuse to share it publicly.

“Out of respect for patient and employee privacy we are not able to disclose the number of positive COVID-19 patients in our facilities or under our care,” Angie Sheets, director of media relations for Sutter Health, one of the largest medical groups in Northern California.

Kaiser Permanente in Northern California, which has a network of more than 20 hospitals, also declined to report their patient numbers publicly.

Still, according to information obtained by NPR, as of Monday evening, 184 COVID-19 patients were hospitalized by Kaiser, putting the doubling rate at more than seven days. During the peak of New York City’s surge, the doubling rate of hospitalizations was every three days.

Across Kaiser’s hospitals, 63 of those patients are in the ICU and an additional 197 patients are under investigation.

Some hospitals across the country are choosing to share information. Bob Wachter, chair of UCSF’s department of medicine, is tweeting out the number of patients in that hospital system each day.

“The organization has chosen to be remarkably transparent (the right call, in my view),” he tweeted.

Kevin Stark of KQED contributed to this story.