You are here: Home / Health / COVID-19 Is Not A Pandemic — Yet — Says World Health Organization : Goats and Soda – NPR 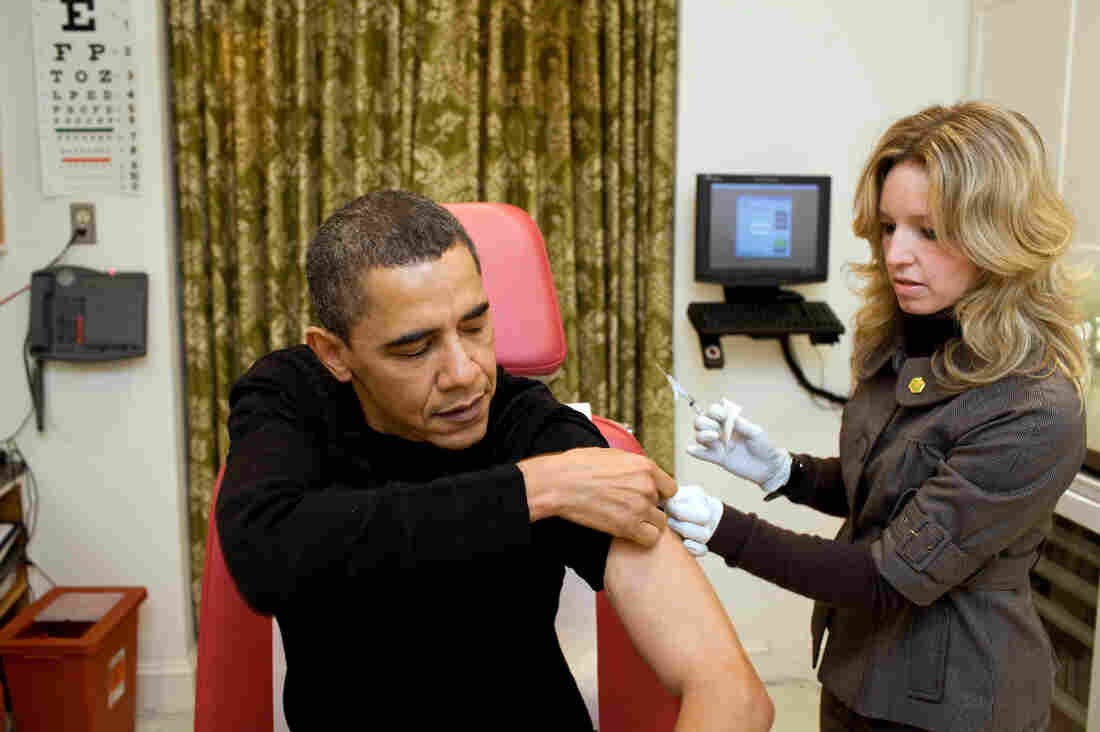 During the H1N1 swine flu pandemic, President Barack Obama was vaccinated by a White House nurse. It took a little more than five months from the discovery of the virus to develop a vaccine. 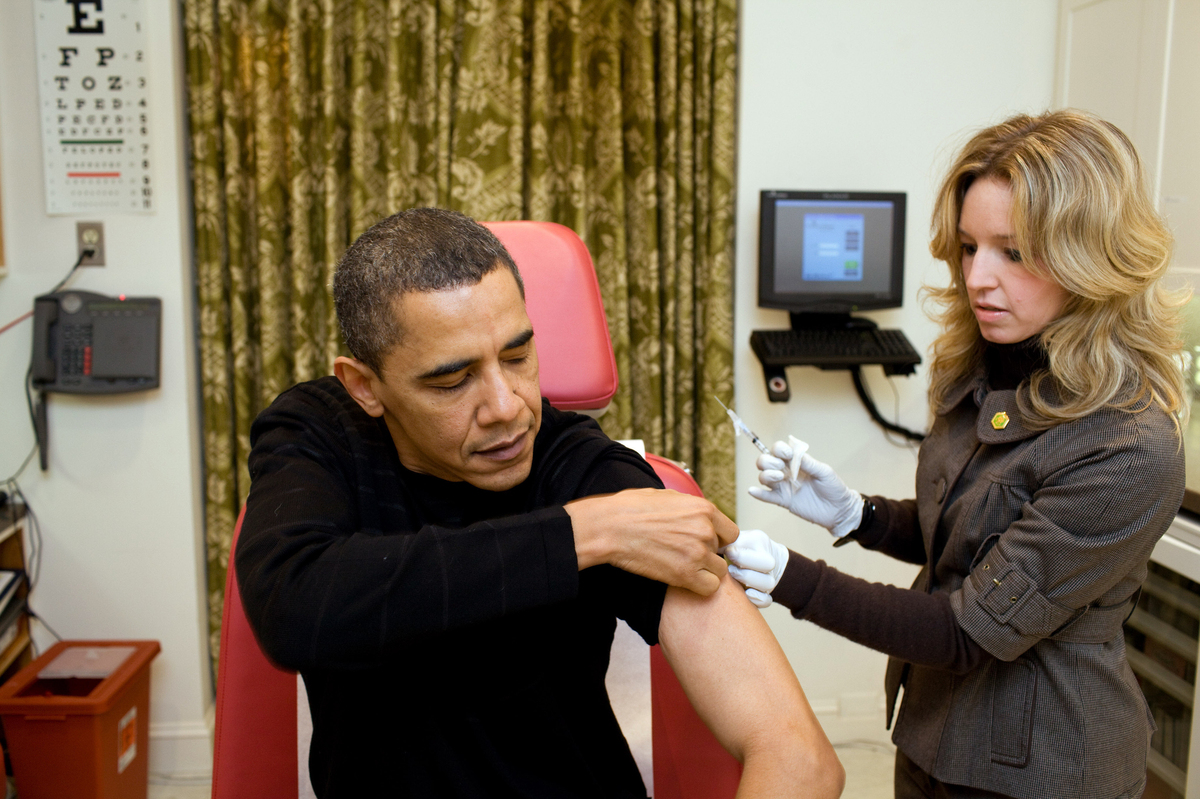 During the H1N1 swine flu pandemic, President Barack Obama was vaccinated by a White House nurse. It took a little more than five months from the discovery of the virus to develop a vaccine.

Despite worrisome new outbreaks in Iran, Italy and South Korea, the coronavirus disease called COVID-19 is not currently a pandemic, the World Health Organization said today.

In fact, there are some encouraging trends, especially in Hubei province, where most of the cases have been reported.

The epidemic there appears to have plateaued in late January and is continuing on a good trajectory. Dr. Bruce Aylward led a WHO trip to China with a scientific delegation that just concluded. On Sunday, he told reporters in Beijing that trend is real.

Aylward said that he’d spoken to a researcher in Wuhan who is testing potential drugs to treat COVID-19, “and when I asked him what challenge they’re finding in trying to implement the trial, he said the single biggest one is recruiting new patients … because of the drop in cases.”

That’s a good kind of problem. The message from China is that it’s not hopeless, he says. It is possible to control this disease.

“Now we’re starting to see countries like Italy take extremely aggressive actions,” Aylward said. “What China has demonstrated is you have to do this, and if you do it you can save lives and prevent thousands of cases of what is a very difficult disease.”

Getting the public’s full cooperation to do the simplest tasks is a reason for the success.

“Believe it or not, the most valuable thing the whole population can do is wash its hands, continually,” he said. Other useful measures include avoiding crowds, as you’d find in schools and large gatherings.

But restricting travel is not on Aylward’s list of useful actions.

“You don’t have to lock down cities is the big message from China, in fact,” he said.

The WHO scientific delegation’s task was to learn what worked in China and to spread the word. But even during their brief trip, the disease was making serious inroads in South Korea, Iran and Italy. As of Monday morning, South Korea had reported 763 cases, Iran had reported 43 cases — including eight deaths — and Italy added 48 cases to bring its national total to 124.

“There is a lot of speculation about whether this increase means that this epidemic has now become a pandemic,” said WHO Director General Tedros Adhanom Ghebreyesus at a news conference in Geneva.

Assigning that label isn’t simply a matter of whether a disease is on multiple continents, but whether it’s out of control and doing significant damage. Those are decisions that WHO makes before declaring that a disease is a pandemic. The term was last used for the H1N1 flu virus that struck in 2009, sickening more than 60 million in the U.S. alone and killing some half a million worldwide.

“Does this virus [that causes COVID-19] have pandemic potential?” Tedros asked rhetorically. “Absolutely it has. Are we there yet? From our assessment, not yet.”

Even the advanced nations of Europe have work to do, since their hospitals are pretty full these days with flu patients. Those beds might be needed for coronavirus patients.

If the spread of the coronavirus in Europe can be slowed until the end of flu season, that “will free up significant capacity of the health system,” said Dr. Michael Ryan, executive director for the WHO’s Health Emergency Program. “So even slowing down the virus by a month or six weeks has a massive positive benefit.”

Health officials in the United States know they can’t count indefinitely on their current strategy — identifying every new case immediately and isolating those patients. So they’re considering containment measures akin to what worked in China, such as school closings.

You can contact NPR Science Correspondent Richard Harris at rharris@npr.org.