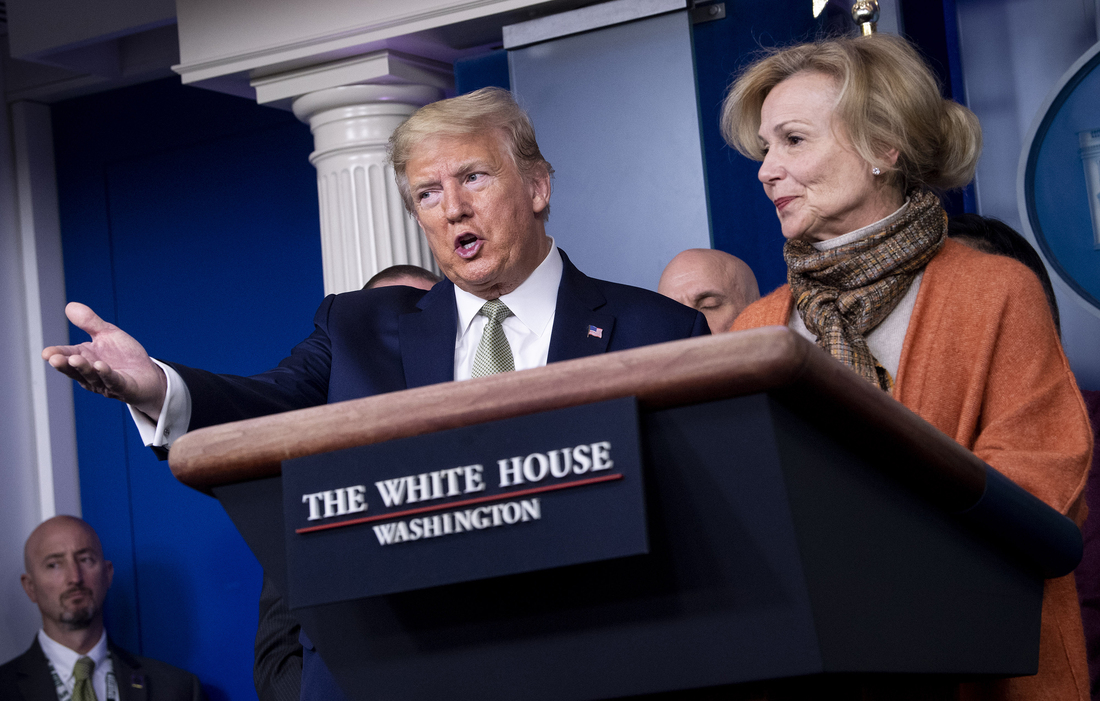 Dr. Deborah Birx, who coordinates the White House Coronavirus Task Force, criticized a test “where 50% or 47% are false positives” at a briefing on March 17. 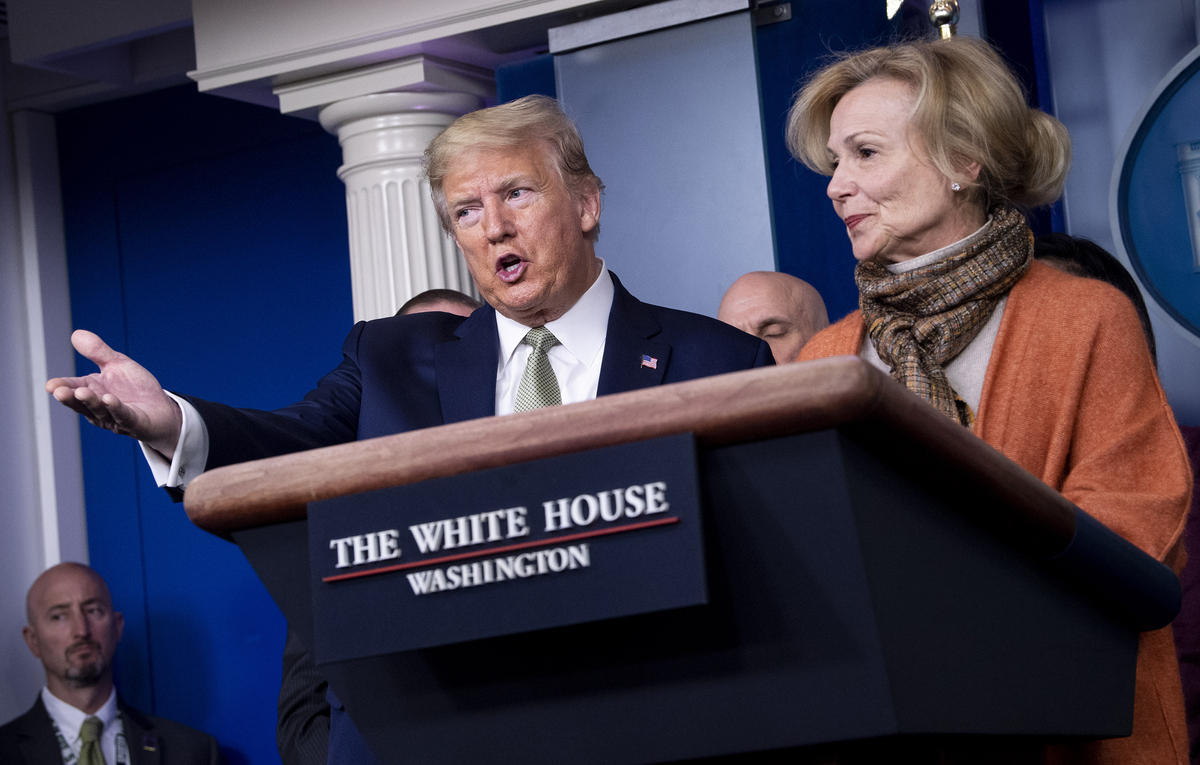 Dr. Deborah Birx, who coordinates the White House Coronavirus Task Force, criticized a test “where 50% or 47% are false positives” at a briefing on March 17.

Post updated 8:15 a.m. March 27, to reflect that the abstract in PubMed has been marked retracted.

When asked why the United States didn’t import coronavirus tests when the Centers for Disease Control and Prevention ran into difficulty developing its own, government officials have frequently questioned the quality of the foreign-made alternatives.

But NPR has learned that the key study they point to was retracted just days after it was published online in early March.

Top officials in the Trump administration have alluded to this study, including Dr. Deborah Birx, who coordinates the White House coronavirus task force. “It doesn’t help to put out a test where 50% or 47% are false positives,” she said at a White House briefing on March 17, explaining why health officials didn’t accept tests from other countries.

Food and Drug Commissioner Stephen Hahn cited the figure as well during an interview on Morning Edition on Friday.

“It’s really important to understand, getting an accurate and reliable test on the market’s important,” he told host David Greene. “Our team can provide you with an abstract that was recently published in the literature about a test that was performed in another country that demonstrated a 47% false positive rate. Now, think about that, David. What that means is that if you had a positive test, it was pretty close to a flip of a coin as to whether it was real or not.”

We followed up and got the abstract, which is a summary of the scientific paper.

The abstract is in English, though the paper itself is in Chinese, and describes a test developed in China. That provenance in itself is notable, because the factoid about flawed tests has come up in response to questions about why the administration didn’t ask to import tests the World Health Organization distributes, when it became evident the CDC was struggling to scale up its own test.

The WHO has relied heavily on a test produced in Germany – not China.

The figure 47% does indeed appear in the abstract of the Chinese paper, but it doesn’t refer to the overall quality of this viral test. Instead, it refers to one particular slice of the population: people who have no symptoms of COVID-19 but have had close contact with those who had been diagnosed with the disease.

The abstract concludes that close contacts are often labeled as being infected when they apparently are not. The abstract makes no mention of the overall performance of the test.

When we tried to retrieve the actual paper from the Chinese journal, we got a dead link. A graduate student at Stanford University School of Medicine who is fluent in Chinese volunteered to help us track down the paper.

In a phone call with the journal Chinese Journal of Epidemiology, sponsored by the Chinese Medical Association, she learned that the paper had been accepted after peer-review and published online on March 5, but it was retracted within a few days. A representative from the journal told the graduate student there was a problem with the paper but did not know the details.

However, during the brief period the paper was available from the Chinese journal, it was indexed by the U.S. National Library of Medicine’s PubMed service, which posted the English-language abstract. It has since been marked retracted, though the link to the underlying paper leads to an error message.

The senior author of the study, Prof. Guihua Zhuang, who is the dean of the school of public health at Xi’an Jiaotong University, informed the graduate student via email that there was some issue with the paper and confirmed it had been retracted. The professor did not explain the problem, but said it was a sensitive matter.

Without access to the paper, nobody can assess the value of the work or determine whether it suffers from a scientific flaw. It’s also unknown if the paper was retracted for political reasons. That’s a possibility, though it was retracted well before U.S. officials started citing it in public in a way that disparaged the Chinese coronavirus test.

Whatever the case, the expectation in science is that conclusions in papers that have been retracted should not be relied upon.

“Scientists shouldn’t be depending on the results of as scientific paper when the authors are saying through the retraction that they do not have confidence in the results,” says Dr. Steven Goodman, professor of epidemiology and population health at Stanford.

NPR asked FDA Commissioner Hahn for a comment. His press office pointed to the abstract that is still posted on PubMed, but did not say whether anyone at FDA had read the full paper during the few days it was considered a legitimate entry in the scientific literature.