President Joe R. Biden signed a $1.9 trillion coronavirus relief bill last week, and in doing so, made a policy change long awaited by veteran students and their advocates – closing the 90/10 loophole.

The 90/10 rule, a part of the Higher Education Act, ensures for-profit colleges get at least 10% of their revenue from sources outside of government aid. But because of the wording, student aid from the U.S. Department of Defense – like Tuition Assistance or GI bill money – didn’t count as federal education funds. That encouraged these institutions to heavily market to veterans and active service members, increasing their reliance on government funds and giving for-profits little incentive to innovate or improve education quality for consumers, their critics argue.

Now, schools will have to to attract at least 10% of their revenue by other means as the rule intended. The change will go into effect in 2023.

“The schools have now been put on notice,” said Veterans Education Success Vice President Tanya Ang. “… The hope is that the schools [will] actually really use this time to change and address and fix their marketing, outreach and quality and stop targeting veterans for their GI Bill dollars.”

The closure of the loophole was tucked into the American Rescue Plan Act of 2021, with a provision introduced in the U.S. House of Representatives by Democrats Rep. Mark Takano, chairman of the veterans’ affairs committee, and Rep. Bobby Scott, chairman of the education and labor committee. It was followed by a bipartisan deal struck in the Senate on March 5 by Democratic senators Tom Carper and Bill Cassidy and Republican senators James Lankford and Jerry Moran, ultimately approved by Senate Health, Education, Labor and Pensions Committee Chair Patty Murray and Ranking Member Richard Burr. 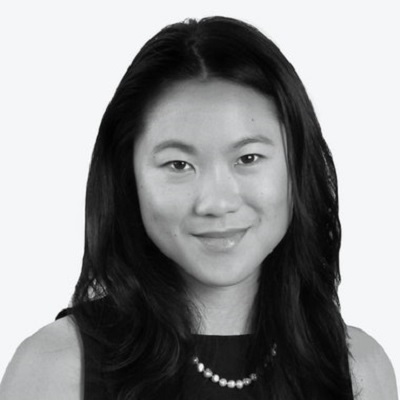 The veteran community has “spoken with such a strong and unified voice on this,” said Yan Cao, a fellow at the Century Foundation who researches higher education with a focus on for-profit colleges. “That force has really driven a bipartisan recognition that veterans are getting ripped off, that they care and that the loophole should be closed.”

Career Education Colleges and Universities, an industry group for for-profit colleges, tweeted that “veterans deserve to use their GI Bill benefits as they see fit” and that a change to the 90/10 rule would “rob them of the educational opportunities they have earned.”

“I love choice too,” she said, “like when I go to a grocery store, I love that there are a hundred of kinds of cheese I can choose from. What is not available at the grocery store is rotten food because those should not be on the market. If you have good guard rails on the higher education system, that creates a marketplace where there’s going to be great choices for students, and what you don’t want is a marketplace with some good choices and some rotten choices.”

With the loophole closed, veterans’ education advocates can turn their attention to other issues facing students.

For example, Veterans Education Success wants to see stronger requirements for which institutions are approved to receive GI Bill benefits to prevent these “fly-by-night programs from popping up” in the first place, Ang said.

Meanwhile, for-profit schools will have to adjust their funding models to be less reliant on enrolling veterans.

But some worries remain that for-profits may turn to other kinds of predatory behavior, rather than spending to improve their quality.

Among other things, Cao is concerned that for-profits might raise tuitions and fees, especially for low-income students who receive federal financial aid, a trend she’s seen in the past. She also expects these institutions might turn their attention to recruiting international students or undocumented students who can now receive state financial aid in some states, like New York and New Jersey.

“The history has been really clear on this that every pot of money that is created for whatever beneficial purpose becomes like a honey pot that attracts the marketing efforts of for-profit schools,” she said.

For Ang, it’s important to watch a preexisting trend, for-profit schools converting to nonprofit schools to avoid the 90/10 rule, like Ashford University which merged with the University of Arizona.

“A lot of times, when the for-profits merge, it’s pretty much a façade for them to continue to do what they’re doing but without the accountability,” she said. “So, I think for us, that’s one thing we’ll be watching and kind of keeping our eyes out and most likely pushing for stronger legislation around in the near future.”

She also wants a renewed focus on Obama-era regulations like the borrower defense rule, which offers loan forgiveness for defrauded students, and the gainful employment rule, which penalized for-profit colleges for low post-graduation earnings and high levels of debt among students.

“I think we have our work cut out for us to kind of make up for some lost ground over the last four years,” Ang said. “We’re very much looking forward to working with the different entities involved to keep that momentum moving forward.”

Sara Weissman can be reached at [email protected]