With help from Juan Perez Jr.

— President Donald Trump is pitching a 7.8 percent cut to Education Department programs in the fiscal 2021 budget proposal he will release today, according to a budget summary obtained by POLITICO.

— Some 30 states, from New York to Nebraska, are weighing competing proposals on student athlete compensation, with their legislative sessions in full swing. But many stakeholders are still waiting for Congress to step in.

— Special Olympics, once targeted by the Trump administration for federal funding cuts, will be on the Hill for its annual lobbying day on Tuesday.

A message from ECMC Group:

February is Career and Technical Education Month® (CTE). At ECMC Group, we are transforming the CTE space by delivering innovative education solutions at our Altierus Career Colleges, improving financial literacy among learners, and making advancements in college success and career readiness through grants and investments. Learn more.

ADMINISTRATION TO RELEASE BUDGET REQUEST: Trump’s $66.6 billion request for the Education Department, representing a $5.6 billion cut from enacted levels, is part of a proposal that would cut billions of dollars in non-defense spending.

— The proposed cuts to education programs are slightly less than last year’s. The full request is expected to be released midday today. Congress has the final say on spending. More from your host.

— The budget comes as Trump ramps up his push for education proposals, including the Education Freedom Scholarships he promoted during his State of the Union address and that are included in his budget blueprint. The scholarship proposal, which Democrats oppose, would create a $5 billion federal tax credit for donations to scholarship-granting organizations to pay for students to attend private schools or expand their public education options.

— Trump’s fiscal 2020 budget request would have provided $64 billion for the Education Department, excluding a cancellation of $3.9 billion of surplus funds in the Pell Grant program. Excluding cancellations, Trump’s budget proposal would have cut department funding by $7.1 billion or 10 percent compared with the 2019 enacted level. Congress instead gave the department a $1.3 billion bump.

COLLEGE SPORTS WANTS A NEW REFEREE: CONGRESS: California already passed a law that says NCAA players can make endorsements or pitch merchandise without risking their scholarships or eligibility. Now powerful university leaders, student athlete advocates and the NCAA are intensifying pressure on lawmakers to quickly settle how college players should be paid.

— All 50 states soon could have separate rules about college superstars signing sneaker contracts or monetizing Instagram followers like the pros. Players might lend their faces to car dealership promotions, earn cash coaching sports camps or hire agents and lawyers to negotiate on their behalf.

— Those pushing Congress to move say such a mishmash of state laws would create an uneven landscape for recruiting athletes. A school in one state could offer better options than a cross-border rival. The result might be monumental opportunities for young athletes, or as some NCAA officials argue, an existential crisis for college sports.

— “Even the NCAA acknowledges now that federal legislation is necessary,” said Sen. Chris Murphy (D-Conn.), a member of a recently formed bipartisan Senate working group studying compensation for student athletes. To set some kind of federal standard, lawmakers will have to navigate a thicket of complex implications for tax, antitrust and gender equity laws. Check out Juan’s story for more.

HBCU BILL ON TAP TODAY: The House will consider nine bills under suspension of the rules this afternoon, including H.R. 1494 (116), which aims to strengthen partnerships between historically black colleges and universities and minority-serving institutions and DHS. 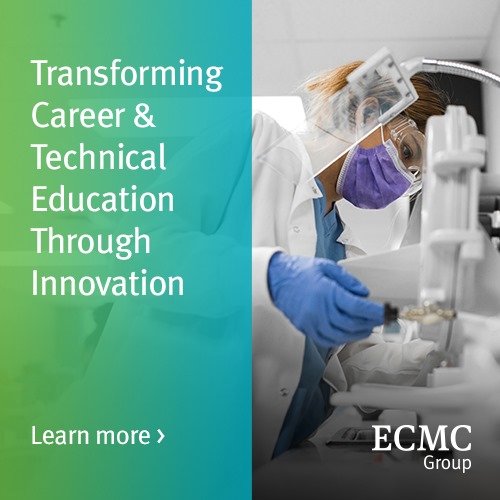 SPECIAL OLYMPICS MOVES TO SHORE UP HILL SUPPORT: On Tuesday, 260 Special Olympics athletes from 46 states and D.C. are planning more than 300 meetings with members of Congress.

— The organization said it will remain “vigilant against any erosion of provisions in laws that have made a substantial difference in the lives of people with intellectual disabilities” as Congress determines its budget and spending priorities for fiscal 2021.

— Worth watching today is Trump’s proposal for funding the organization’s education programs, which he proposed eliminating in all of his budgets. After a social media outcry and backlash from Congress last year, Trump filed an amended request for funding. Congress ultimately boosted the program’s funding by $2.5 million.

— “We are deeply grateful for the overwhelming outpouring of support we received last year,” spokesperson Rebecca Simon told POLITICO in a statement. “Our athletes, coaches, and volunteers across the country are more energized than ever, and as we witnessed, they are our nation’s best, most powerful advocates for inclusion.”

— The announcement came a day after Sanders (I-Vt.) took criticism from former Vice President Joe Biden during the New Hampshire debate for voting against background check legislation in the early 1990s and for voting in favor of a 2005 bill to shield gun manufacturers from liability lawsuits.

— “The world has changed, and my views have changed,” Sanders said during the debate, noting that Vermont had “virtually no gun control” laws until two years ago. He called for universal background checks and ending the sale and distribution of “assault” weapons, among other things.

— Deitsch, tweeting the campaign’s announcement, wrote, “The senators growth on this issue is representative of our nations growth. Gun violence prevention is a winning issue – it’s a life saving issue and this campaign is set out to save lives.” Deitsch, 22, is a graduate of Marjory Stoneman Douglas High School in Parkland, Fla., where 17 people were killed in a 2018 mass shooting. He led messaging and strategy for the March for Our Lives 2018 electoral effort.

PARKLAND FAMILIES TO MEET WITH TRUMP TODAY: Trump’s daily schedule includes a meeting with families from Parkland, Fla., in the Oval Office, less than a week before the two-year anniversary of the 2018 mass shooting.

— The White House did not provide a list of the families who will attend. The meeting comes after Fred Guttenberg, the father of a student who died, was detained for disrupting Trump’s State of the Union address last week. Guttenberg later apologized to his family and friends via Twitter for yelling out, but he also wrote, “I simply want to be able to deal with the reality of gun violence and not have to listen to the lies about the 2A as happened tonight.”

ABOUT THAT STUDENT TRUMP TAPPED FOR A SCHOLARSHIP: In case you missed it, the fourth grader whose story Trump used during his State of the Union address to highlight examples of students “trapped in failing government schools” already attends one of Philadelphia’s most sought-after charter schools, the Philadelphia Inquirer reported on Friday.

SPOTLIGHT ON HISTORY, CIVICS: A new bipartisan House bill aims to reauthorize and modernize a grant program under the Higher Education Act that focuses on American history and civic education. The USA Civics Act would authorize grants to college or university-nonprofit partnerships that promote the education of American political thought and history, as well as democracy and participation in civic and political life.

— An Urban Institute case study evaluates Virginia’s colleges and universities and whether they actually help students graduate. Raw graduation rates don’t show which schools improve students’ chances of earning a degree and which enroll students who are already likely to graduate, the study says. “By adjusting for student characteristics that predict the likelihood of graduating (such as race, academic preparation, and Pell grant status), we can get closer to the real value that schools provide.”

A message from ECMC Group:

Middle skill careers, which require education beyond a high school diploma but less than a four-year degree, comprise the largest part of America’s labor market. However, hiring shortfalls in these positions have led to an employment gap. We, at ECMC Group, are working to transform career and technical education through innovation to help close that gap throughout Career and Technical Education Month® (CTE) and beyond.

Through a unique combination of philanthropic work, financial services and educational solutions, ECMC Group and its affiliates deliver outcomes that make a difference for individuals, organizations and communities. The mission of ECMC Group is to help students recognize and realize their potential by investing in, creating and providing innovative education solutions that support schools and improve student educational outcomes. Simply stated, our mission is to help students succeed. Learn more.

— This Indiana high school could be a model for the rest of the country in Trump’s plan: Indianapolis Star

— A teen stood up for a smaller student. Later the bully killed him, police say: NBC News