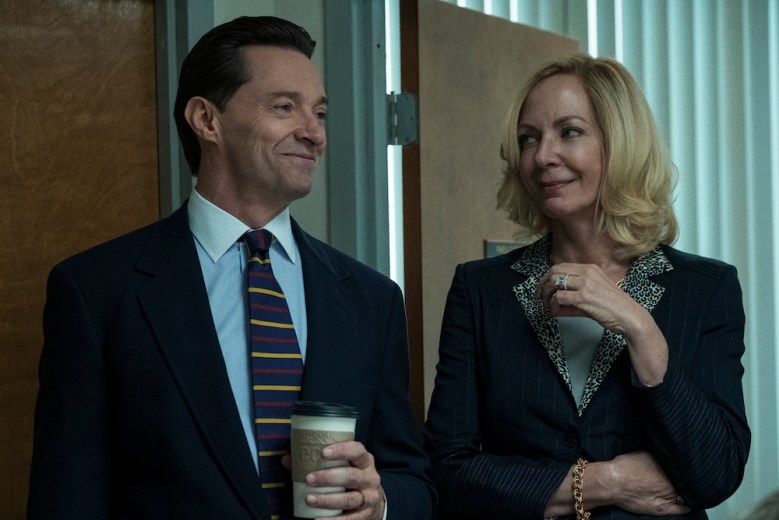 The release of HBO’s acclaimed “Bad Education” draws near and the Hugh Jackman-led trailer for the film has finally arrived.

“Bad Education” dramatizes one of the largest education scandals in American history, with Frank Tassone (Jackman), a Long Island school superintendent, and district official Pam Gluckin (Allison Janney) accused of stealing hundreds of thousands from the district’s budget. Though their school district is on the up and up the scandal threatens to ruin everything the duo have built, spurring Jackman’s character to do everything in his power to maintain order and stop the story from becoming public. The film will be released on HBO April 25.

The film’s new trailer promises plenty of laughs to go along with the drama, honing in on Frank and Pam’s mounting horror as their scandal unfolds. The film’s narrative comes from a first-hand experience: Screenwriter Mike Makowsky was a student at one of Frank’s schools when the superintendent was arrested for first-degree larceny in 2004. Despite his crimes, Frank was known for his tireless dedication to his school district, and “Bad Education” will show the man in a nuanced, morally complicated light.

IndieWire’s David Ehrlich lauded “Bad Education,” which premiered at the Toronto Film Festival last year, in his effusive review, referring to it as “diabolically smart” and a “well-calculated masterclass of narrative economy.”

“‘Bad Education’ always finds its way back to Frank, but Makowsky’s patient script has a knack for catching the superintendent unawares,” Ehrlich wrote in his review. “Here is someone who doesn’t have the good sense to realize that he’s the main character of a movie; someone who thinks that he’s always just outside the eye of the storm. That misperception gives Jackman the space needed to be life-sized in a way that his ‘bigger’ roles seldom have. This is the most human performance he’s ever given, wrapped in translucent vanity and cut with finely sliced layers of doubt and denial.”

“Bad Education” marks a turn towards more grounded acting for Jackman, who is best known for portraying Wolverine in the “X-Men” film franchise. Jackman also starred in the 2018 political drama “The Front Runner” and stars in a lead role in Lisa Joy’s upcoming “Reminiscence” science-fiction action film.

Check out the trailer for “Bad Education” below:

Sign Up: Stay on top of the latest breaking film and TV news! Sign up for our Email Newsletters here.