Walmart is investing heavily in its online operations and upgrading thousands of stores in an attempt to compete with Amazon, and second-quarter results show the initiatives continue to have early payoffs.

On Thursday, the world’s largest retailer topped earnings estimates, reporting profits of $3.61 billion – or adjust to $1.27 per share — and revenue of $130 billion. Meanwhile, same-store sales grew 2.8 percent in the quarter as online sales increased 37 percent.

“We’re experimenting with emerging technologies to improve store operations and reduce friction in our customers’ lives. The initiatives we have underway provide extended access to our brand and position the company to earn a greater share of our customers’ wallet over time,” CEO Doug McMillon wrote in prepared comments.

Despite lingering tensions over increase tariffs on China slated to go into effect on Sept. 1, Walmart also raised its full-year earnings outlook. The company now expects profits to increase for the full fiscal year 2019, with same-store sales expected to rise as much as 3 percent.

But while Walmart has worked quickly to scale up its e-commerce operations, it has reportedly come at immense losses. The Bentonville, Arkansas-based firm is projected to lose $1 billion on the initiative in 2019, according to Vox. Walmart does not provide a detailed breakout of its finances.

To compete with Amazon, the company is launching a slew of new services, including new InHome Delivery, an offering under which Walmart associates will deliver groceries directly into a person’s home. 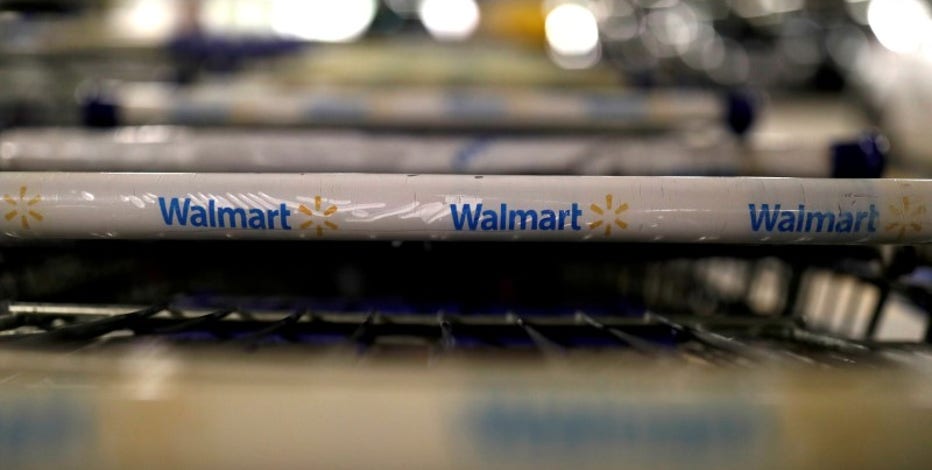 FILE PHOTO: The logo of Walmart is seen on shopping trolleys at their store in Sao Paulo, Brazil February 14, 2018. REUTERS/Paulo Whitaker/File photo (Reuters)

The firm also recently launched next-day delivery and has already reached its goal of reaching 75 percent of the U.S. population, according to McMillon.

And as part of the $11 billion effort to renovate over 5,000 brick-and-mortar locations, Walmart is rolling out new autonomous services to help associates with tasks like cleaning and restocking. The company is also investing in improving its in-store pickup service for groceries and other products.

The investments in physical stores alongside the buildout of the digital operations are viewed as critical, given that 90 percent of Americans live within 10 miles of a Walmart location.

The quarterly earnings come after a fatal shooting at Walmart’s El Paso location that left 22 people dead. In the aftermath of the attack, activists and others have called on the retailer to halt the sale of guns but that push has to-date been unsuccessful.

In his prepared remarks, McMillon reiterated that Walmart is attempting to “take common sense steps that allow us to serve customers and create a safer environment.” The company — which does not sell assault-style weapons — says it represents 2 percent of national firearm sales and 20 percent of ammunition transactions.

“We’re encouraged that broad support is emerging to strengthen background checks and to remove weapons from those who have been determined to pose an imminent danger,” McMillon wrote. “We must also do more to understand the root causes that lead to this type of violent behavior.”