You are here: Home / Business / UAW Strike: Why is Mexico a sticking point? – Fox Business

General Motors’ decision to open and invest in plants in Mexico while closing others in the U.S. is a sticking point for many UAW members on strike.

“I would like to see more cars built here in America because it doesn’t just affect us, it affects our communities outside of this plant as well,” Moshee Edwards, a UAW picket captain, told FOX Business. “There are so many smaller communities, so many businesses that rely on us.”

GM countered that it employs three times as many hourly workers in the U.S. as in Mexico (49,000 versus 16,000) and has invested $23 billion in America over the last 10 years versus $5 billion in Mexico.

The company is the largest auto employer in Mexico, which is now home to assembly plants for brands including Ford, Toyota and Honda. Union workers have been on edge since GM announced in November 2018 it would lay off workers and even close American plants. 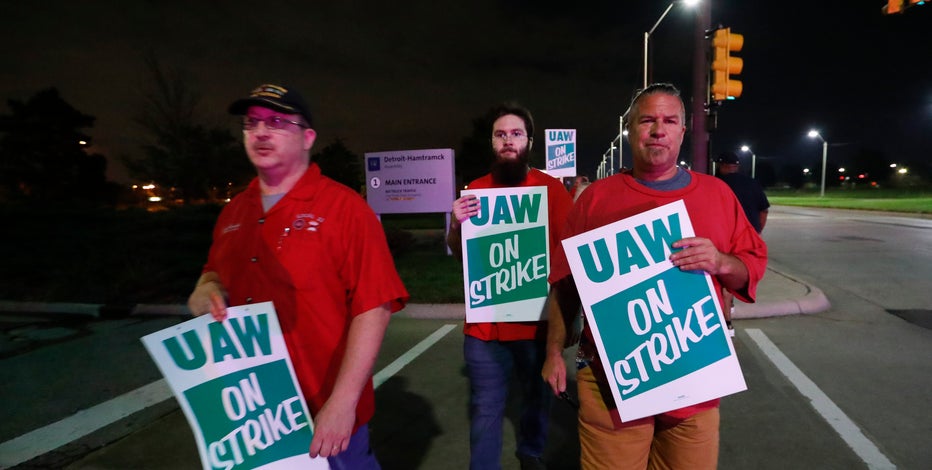 He brought up the discontinuation of the Chevrolet Cruze and subsequent closing of the Lordstown, Ohio plant in March where the vehicle was manufactured. Chevrolet had already announced in June 2018 it would be bringing back the Blazer SUV but would assemble it in Mexico.

“There’s a lot of anger over Chevy Blazer being made in Mexico instead of the U.S.,” Whiston said, adding that it contrasted sharply with Lordstown’s closing.

“Once [GM] had made the investment to get the plant going, you’re not going to reverse that, because you’ve spent hundreds of millions if not more,” he said

Celso Duque, a GM autoworker, spoke with FOX Business in Detroit after the strike started.

Lordstown may have been factored into negotiations before UAW members went on strike.

A person briefed on the bargaining said General Motors has offered the UAW new products for two assembly plants that it had planned to close.

The person says the company offered to build a new all-electric pickup truck at a factory in Detroit that was slated to close next year. The plant in Lordstown, which already has stopped making cars, would become a battery manufacturing plant in addition to the possibility of building electric vehicles for a company called Workhorse, according to an unidentified source cited by The Associated Press on Sunday.

The Associated Press contributed to this report.