You are here: Home / Business / The mainframe business is alive and well, as IBM announces new z15 – TechCrunch 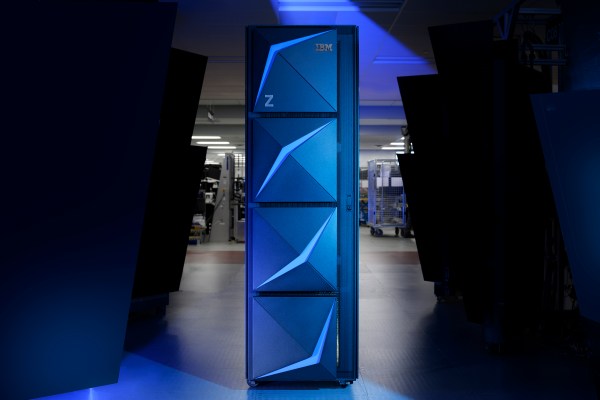 It’s easy to think about mainframes as some technology dinosaur, but the fact is these machines remain a key component of many large organizations’ computing strategies. Today, IBM announced the latest in their line of mainframe computers, the z15.

For starters, as you would probably expect, these are big and powerful machines capable of handling enormous workloads. For example, this baby can process up to 1 trillion web transactions a day and handle 2.4 million Docker containers, while offering unparalleled security to go with that performance. This includes the ability to encrypt data once, and it stays encrypted, even when it leaves the system, a huge advantage for companies with a hybrid strategy.

Speaking of which, you may recall that IBM bought Red Hat last year for $34 billion. That deal closed in July and the companies have been working to incorporate Red Hat technology across the IBM business including the z line of mainframes.

IBM announced last month that it was making OpenShift, Red Hat’s Kubernetes-based cloud-native tools, available on the mainframe running Linux. This should enable developers, who have been working on OpenShift on other systems, to move seamlessly to the mainframe without special training.

IBM sees the mainframe as a bridge for hybrid computing environments, offering a highly secure place for data that when combined with Red Hat’s tools, can enable companies to have a single control plane for applications and data wherever it lives.

While it could be tough to justify the cost of these machines in the age of cloud computing, Ray Wang, founder and principal analyst at Constellation Research, says it could be more cost-effective than the cloud for certain customers. “If you are a new customer, and currently in the cloud and develop on Linux, then in the long run the economics are there to be cheaper than public cloud if you have a lot of IO, and need to get to a high degree of encryption and security,” he said.

He added, “The main point is that if you are worried about being held hostage by public cloud vendors on pricing, in the long run the z is a cost-effective and secure option for owning compute power and working in a multi-cloud, hybrid cloud world.”

Companies like airlines and financial services companies continue to use mainframes, and while they need the power these massive machines provide, they need to do so in a more modern context. The z15 is designed to provide that link to the future, while giving these companies the power they need.