Two men conspired to steal an American business’ trade secrets on behalf of a Russian state-owned aviation company, the FBI charged in a complaint unsealed this week.

Italian national Maurizio Paolo Bianchi, 59, and Alexander Yuryevich Korshunov, a 57-year-old Russian national and former official in the Russian Ministry of Foreign Affairs, have been charged in the scheme.

Bianchi worked for a subsidiary of GE Aviation, where he was responsible for business in China, Russia and Asia, federal authorities said. When Bianchi left the company, he went to work for an Italian firm called Aernova, which contracted for Aviadvigatel, a branch of the Russian state-owned United Engine Corp.

The U.S. Department of Commerce has listed UEC as acting contrary to the national security or foreign policy interests of the U.S.

Between 2013 and 2018, Bianchi hired several former and current GE Aviation employees to work on jet engine components using trade secrets and intellectual property they took from GE Aviation, according to the complaint. The engineers contributed work on the Russian PD-14 engine, which has both military and commercial uses, and then worked on several larger engines for the Russian company and a Chinese company.

Apparently wanting to avoid detection, Korshunov and Bianchi avoided referring to the engineers by name in emails, instead just calling them “the guys,” according to the complaint. Korshunov paid the engineers to meet at air shows in Paris and Italy to discuss and revise their technical reports. 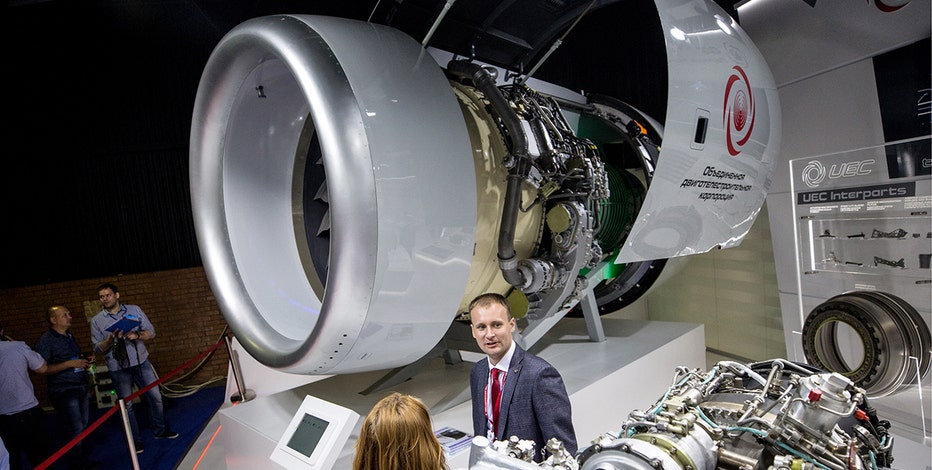 One of the engineers, who’s an American citizen, later provided the FBI with emails, contracts and other documents showing what had happened, an investigator said.

Korshunov was arrested on Aug. 30 at Naples International Airport in Italy.

If convicted of conspiring to and attempting to steal trade secrets, the men face up to 10 years in prison.

This wasn’t the only foreign effort to steal trade secrets from GE Aviation, according to federal authorities. An alleged Chinese intelligence officer was arrested last year on charges of economic espionage related to GE Aviation trade secrets.

“The FBI is committed to protecting the economic and national security of the United States,” said Todd Wickerham, special agent in charge of the FBI’s Cincinnati office. “Schemes to steal technology and trade secrets threaten our economy across both public and private sector interests. These cases impact American workers, American businesses and the American economy. The FBI will continue its resolve to identify and address this threat wherever it is found.”