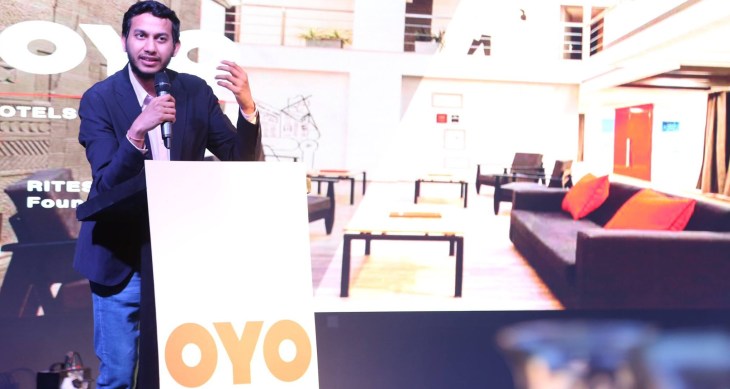 Indian budget hotel booking startup Oyo will invest €300 million ($335 million) in its vacation home rental business, it said Wednesday, as it looks to expand its footprint in Europe and possibly closely compete with global giant Airbnb, one of its investors.

The Gurgaon-based startup, which acquired Amsterdam-based holiday rental company Leisure in May this year and rebranded it to Oyo Vacation Homes, said it aims to turn Oyo Vacation Homes into the destination for “top-notch” holiday experiences and the “partner of choice” for homeowners.

The new capital will go into “strengthening the relationship with homeowners and enabling them with the resources required to deliver chic hospitality experiences,” and building the largest vacation rental management service business in Europe, managed under OYO Home, Belvilla, Danland and Dancenter brands.

“We are focusing on enhancing our customer proposition to not just families but new age millennials and young executives, traveling for business or leisure, including consumers from newer geographies who travel to Europe from across the world including US, Asia, China and the Middle East,” Tobias Wann, CEO of OYO Vacation Homes, said in a prepared statement.

OYO, which claims to be the world’s third-biggest and fastest-growing hotel chain, operates more than 23,000 hotels and 125,000 vacation homes, with more than 1 million rooms in more than 80 countries, the company said. It claimed that Oyo Vacation Homes has “doubled its growth” since the acquisition of Leisure in May.

Leisure (or @Leisure, as it is officially branded) sees traffic and business from some 2.8 million travelers annually from across 118 countries. Its European footprint covers some 115,000 homes, and some 300,000 rooms globally. Europe’s vacation rental market will be worth some $18.6 billion this year, according to estimates, growing at between 4% and 8% annually.

Oyo, which is increasingly expanding its business and entered the co-working spaces market last month, said recently that it will invest $300 million in expanding its footprint in the U.S.

The announcement today comes weeks after Ritesh Agarwal, the founder and CEO of Oyo, raised his stake in the startup with a $2 billion buyback. The move was highly praised by local entrepreneurs in the nation.