As seven world leaders including President Donald Trump made their way to the French resort town of Biarritz for the annual G-7 meeting, protesters wanted to get their message to the powerful group.

Climate policies were top of mind as people began a march into Spain from the French border town of Hendaye. 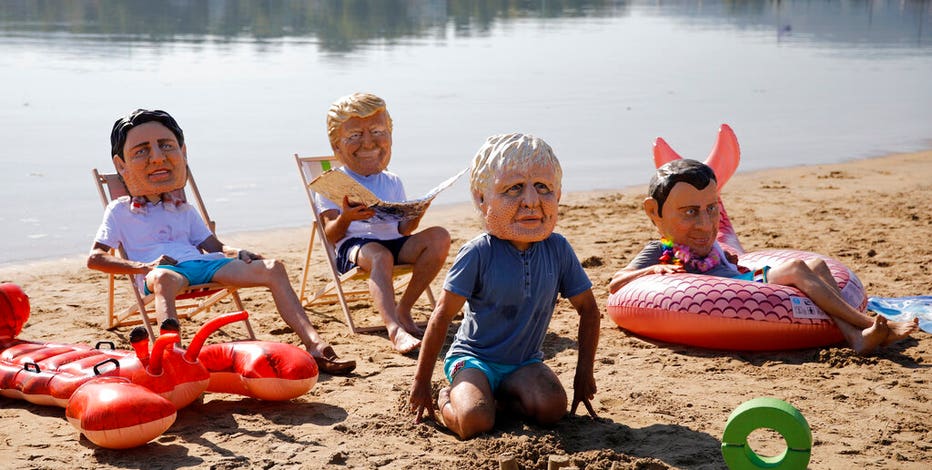 Oxfam activists, wearing masks of the G-7 leaders, enact a performance at the beach in Hendaye, France, Saturday, Aug. 24, 2019. World leaders and protesters are converging on the southern French resort town of Biarritz for the G-7 summit. The masks

Thousands of extra police were at the ready, expecting some pushback from protesters throughout the weekend over the gathering of world leaders. 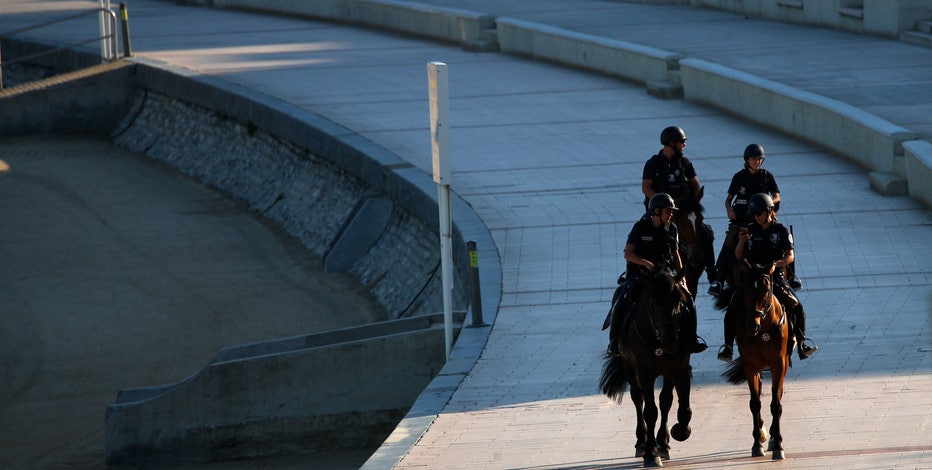 Mounted police officers patrol along the beach, Saturday, Aug. 24, 2019 in Biarritz. Leaders of the Group of Seven countries arrive on Saturday to discuss issues including the struggling global economy and climate change until Monday. They include th

According to some local reports, fewer people than expected showed up to protest ahead of the meeting.

French President Emanual Macron earlier in the Summer stated he had the intention of including a discussion on climate change for the summit.

Information from The Associated Press contributed to this report.