Colorado business leaders said they are pessimistic about the economy for the first time since 2011. The Leeds Business Confidence Index (LBCI) released by the Leeds Business Research Division (BRD) has been in positive or neutral territory since the end of the recession. 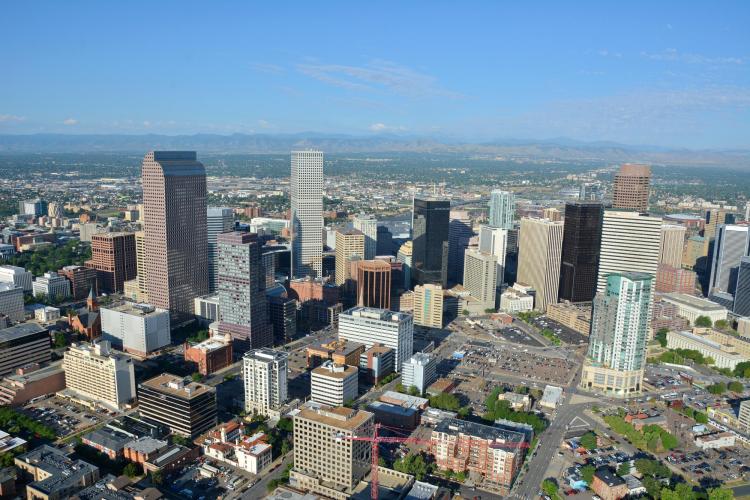 Photo of Denver skyline. Photo by Casey A. Cass/University of Colorado.

Panelists cited concerns about trade, politics, the economy and general uncertainty looking ahead to the fourth quarter of 2019.

Responses followed a common theme, according to Richard Wobbekind, executive director of the BRD.

“There’s too much uncertainty,” Wobbekind said. “It’s not necessarily the tariffs, it’s the uncertainty about how they are going to be resolved.”

The fourth quarter survey was conducted Aug. 30 to Sept. 20, prior to the announcement of Congressional impeachment proceedings.

An LBCI score of 50 marks a neutral outlook. The overall LBCI dropped 7.7 points from the 2018 fourth quarter outlook to 46.9.

Five of the six LBCI components read negative for the fourth quarter of 2019, with industry sales being the only measure still in positive territory. All six fell into negative territory when panelists were asked about the first quarter of 2020.

Although panelists surveyed are less than rosy about Colorado’s economy, with an LBCI score of 47.4, the state’s real GDP growth is still at 4.4% year-over-year and 3.6% quarter-over-quarter. Essentially, the state is still growing, but growing more slowly.

“If these things don’t get resolved—these uncertainties in trade issues—does the business sector really hunker down more so than they’ve done already?” Wobbekind said.